"The derby promises to be extra special and difficult”

With two goals and one assist it was Rapha Holzhauser who played a key role in Beerschot’s brilliant 6-3-win against Sint-Truiden last Saturday. But he wasn’t our only player with a five star performance. There was Ismaila Coulibaly who showed his talent in midfield, while Tarik Tissoudali stepped up with two goals and one assist as well. More than enough to earn an interview on our website…

What a crazy night that was last Saturday, Tarik.

Oh yes. We performed exceptionally well in the first half. Everything went right and almost all our shots on target resulted in a goal. I am over the moon with that. Pity though for Mike Vanhamel and our defenders that we conceded three goals. That was totally unnecessary. But let’s build on all the positives: good football, six goals scored and three valuable points. This gives us a boost. Specially after that heavy 5-1 defeat at AA Gent the week before.

How do you rate your own performance?

It’s always nice when you’re involved in most of the goals; either scoring yourself of coming up with a decisive last ball. And on top of that I was fouled in the sixteen, which resulted in a penalty that Rapha slotted home. It’s a wonderful feeling for a striker… as such matches don’t come up every week.

Did you score two goals? Did you really touch Rapha’s cross for our second goal?

I did… with my hair (broad smile). Which is more than enough to claim that goal. Rapha’s crosses are always inch perfect by the way. We have a good understanding both on and off the field. It’s a pleasure to have a player of his quality in our team.

I haven’t experienced an Antwerp derby yet but I have heard about its special character from our fans, so I am really looking forward to that. I’d hoped it would be in a sell out stadium, but of course that’s impossible with the corona-regulations. And that’s a pity. But, we will travel to Antwerp with a good feeling and high expectations, although we know it’s going to be a very hard and difficult match. Antwerp have a strong squad and we will have to be at our best. We’ve learned from our mistakes during that heavy defeat in Gent two weeks ago. We’ll see where our opportunities lie…” 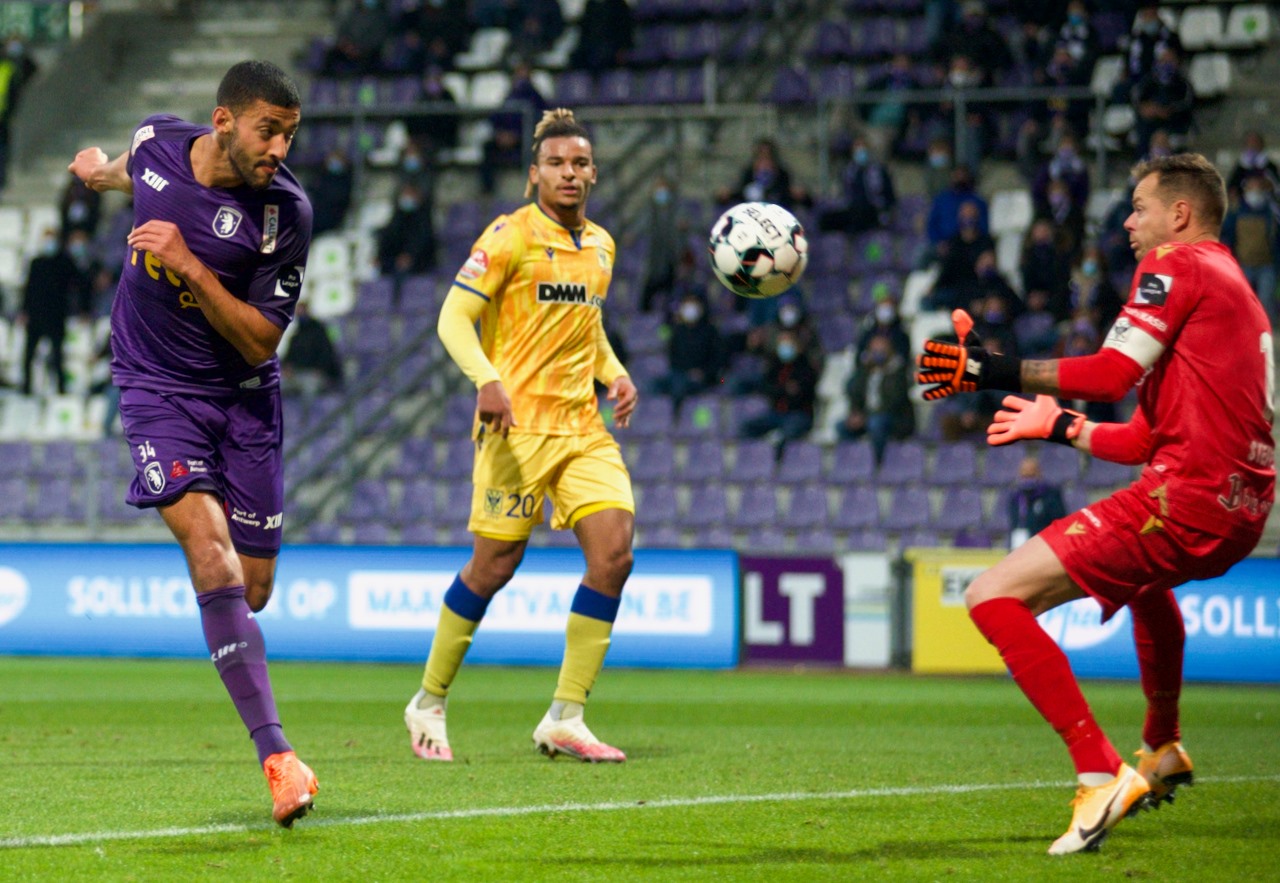