Sunday November 15th, 2020: exactly one year ago Beerschot started its comeback. The first game of the 2nd period of the 2019-2020 season marked the start of an incredible year. “An insane year”, says our coach Hernan Losada about the series we presented on our social media. A series in four episodes. The full documentary is on our Youtube channel. Not to be missed!

Friday November 15th, 2019 it was. That night Beerschot started that “do or die” second period with an away game at favourites Oud-Heverlee Leuven. We had finished the first period in a rather disappointing fifth place, 11 points behind OHL. It was no surprise no one fancied our chances at that time…

However, what followed was an emotional roller coaster of great performances and brilliant results. Totally unexpected but ever so deserved Beerschot won the second period and the play-off final, clinching promotion to Division 1A. It only took us seven years to climb out of the doldrums of amateur football  and make our way back to the top. An historical achievement. And it didn’t stop there, because after a flying start of the season in 1A Beerschot are now third in the table, just one point behind leaders Charleroi and Club Brugge.

In our series “What. A. Year.” we look back at that successful period with four of our key players: Hernan Losada, Mike Vanhamel, Tom Pietermaat and Raphael Holzhauser.  Each of team talks about how they experienced those 365 days of highlights.

The start of the second period

In the first episode we take you back to the visitors’ dressing room in the OHL stadium where club captain Mike Vanhamel impressed everyone with a pep talk, just before kick off.  “I never prepare my speeches”, he recalls. “It was just the feeling I had at the time, instigated by the arrogant way both Westerlo and OHL reacted after their respective wins against us earlier that season. It was all about revenge really.”

After a shaky start of the new calender year and despite a fruitful training camp in Spain, it took Beerschot a while to find their best form. Eventually the team regrouped… and won their last three games as well as the second period. What an achievement. “That last victory in Lokeren was the turning point for players and supporters”, says Tom Pietermaat. “From then on we started to feel unbeatable. Nobody could stop us anymore. Winning the play-off final was the only aim.” In the second episode ‘Tommeke’ talks about an emotional training camp, his doubts whether he could still reclaim his place in the team . Or would it be better to leave the club?

"I wanted to play and win that final, to realise a great comeback."

“Enjoy and believe!” With those words coach Hernan Losada sent his players out on the pitch for the first leg of the Play-off final against OHL. Beerschot delivered and won 1-0… but then Covid-19 interrupted the flow and the planning. Only 5 months later the second match could be played. In that long, difficult and frustrating period Losada prepared his squad for that decisive game. “Promotion was a must and I was sure we would clinch it. We were ready for it, in every sense. And we did it. In style.”

The start in 1A

Beerschot had a perfect start on the highest level, with three wins a row, one of them away at champions Club Brugge. And no, it wasn’t just a case of beginners’ luck. On the contrary, even now after 12 league games, Beerschot still impresses with a top three position in the table. Our star key player Raphael Holzhauser’s statistics – with 9 goals and 8 assists - are out of this world. No wonder he is one of the favourites to win the “Golden Boot” award in January. “It is a real honour to be considered like that. Both for me and for Beerschot. Our performances are brilliant, we deserve this success”, Rapha says. “We have to stay calm, work hard every week on the training field and during the games. Keep up the good work. It really is incredible what we achieved the last 12 months.”

The four episodes are compiled in a 30 minutes documentary and streamed on our YouTube channel. 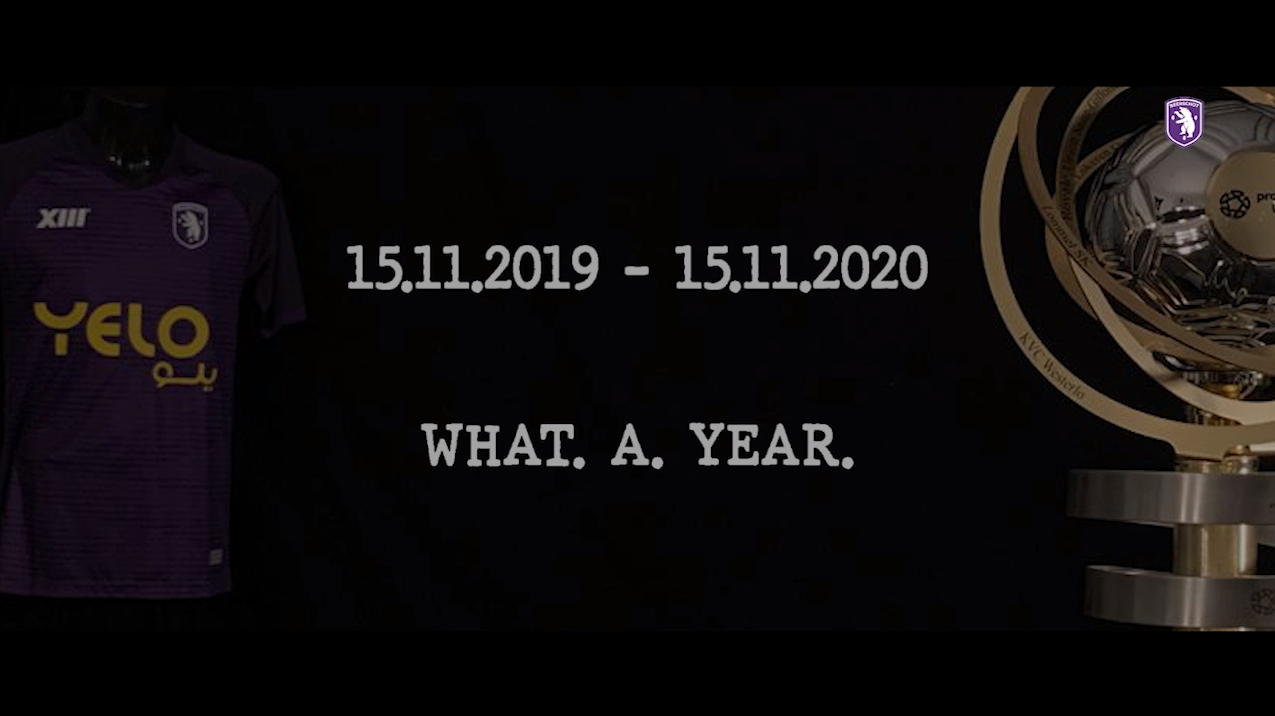