"What a year. Unbelievable."

Hernan Losada is preparing for his first Antwerp derby in the highest Belgian league. As a player he never faced Antwerp with Beerschot, except for a couple of PO2 encounters. On Sunday, the coach will lead his team in the Bosuil Stadium, during the first Antwerp clash at the highest level in 16.5 years. And that only a year after he became T1. "What a year. Unbelievable."

-Coach, do you know where Beerschot was one year ago?

"I know that only too well. I hadn't been at the club for long and we were fifth in 1B, with 14 points from 11 matches. Only Lommel, Lokeren and Roeselare were behind us. We weren’t in the running for the first period title anymore and nobody thought we stood a chance. And look where we are now. We took the second period title, won the title and are now in third place, only 1 point behind the leader of the table 1A. This is really an incredible story and I will be eternally grateful to Beerschot for giving me this opportunity and believing in me. There were a lot of people around me who thought that it was not the right time to take over. Even my dad was not convinced, which is not incomprehensible. But something inside me said that I had to do it. I knew that this team had enough quality and that progress could be made quickly. Everyone in this club contributed to this ‘remonte’. Winning the title was the finishing touch. I think it is important to say this again because we must not forget what we have achieved and where we are coming from. All the better that we will soon be playing that derby, while the two Antwerp teams are ranked top five. We should enjoy every minute of it and be proud. “

-The fact that the two Antwerp teams are performing really well this year makes it even more special?

"It certainly does. It's beautiful for the city and it also proves that there is room for 2 large teams in Antwerp. Although I have to say right away that Antwerp is ahead of Beerschot. In terms of their player core, their budget, their stadium, they have made enormous strides in recent years and are a top club. I dare say that Antwerp is the largest of the two at the moment. However, Beerschot is the most beautiful. There is nothing wrong with that. 7 years ago Beerschot was a club in the first provincial division. We write our own story, and that's a very impressive story. In our way, and step by step, we want to get back to the top of the league table in the coming years. “ 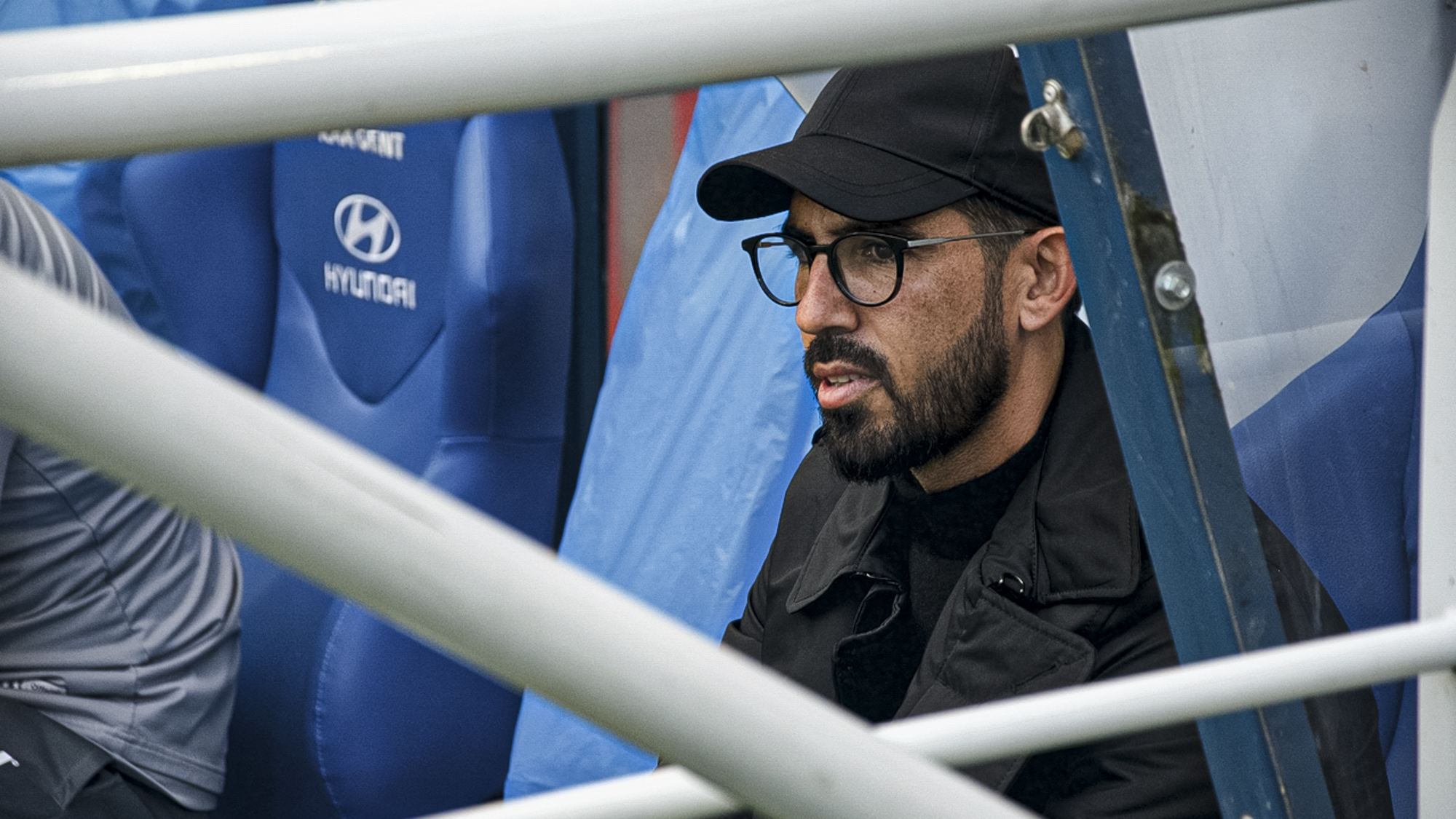 -Is Antwerp the favourite then?

"Look at the facts. They have become a regular fixture in PO1, won the cup and are playing European games. Antwerp has a player core that is broad and strong. By the by, I think they also play solid football under Leko. It is more than just power. On the other hand, however, we are playing with confidence at the moment. We are really looking forward to that derby. Something else that plays to our advantage is the higher number of Belgian players. They understand what this derby is all about. I do not need mind-tricks to motivate them. This is a club and a group that has worked its way up through 1B. If these players were able to stay motivated, week after week for, with all due respect, matches against teams like Lommel and Roeselare, this should not be a problem either. The fact that we are such a strong collective now, is also thanks to our joint endeavour and last season’s struggle in 1B. We created a great team spirit on which we are now building. “

-With which mind-set does Beerschot go to the Bosuil Stadium?

"With the same mind-set as before and just like all the previous matches. We always play to win. Sunday is no different. We are the most spectacular team in Belgium. Not only our supporters, but also other football fans like to watch our matches. There is always something going on. The fact that there's a 5-1 defeat in our series of matches, is something I can live with if we are in the top 5. I always want to win and that sometimes involves taking risks. That is in line with Beerschot's identity. We should not ignore that. I would rather lose once with 5-1, than 5 times with 1-0. I am not going to deny that we are giving way too many goals. We are working on that. But it is important to see that in the right context. The hardest thing in football is to create opportunities, and that is what we are good at. Also because we give our offensive and creative players enough freedom. I know better than anyone how important that is. ”

"WE WOULD HAVE PREFERRED TO PLAY IN A SOLD-OUT BOSUIL STADIUM."
Hernan Losada

-It has been 16.5 years since we had our last top-class derby. Everyone is looking at us. Is this the match of the year?

Our match of the year was the final in 1B. Winning those 2 matches against OHL with an aggregated score of 5-1 to take the title, was the most important thing we did this year. We returned to the highest league in a glorious way and not through some administrative league reform. That fifth title in 7 years completes our comeback. We should and we will, as soon as we can, celebrate that moment with our supporters. It is such a pity that they are not able to fully experience this fantastic and intense period, together with the team. Like all our players, I would have preferred to play in a sold-out Bosuil Stadium on Sunday. That is part of the ambiance and the emotion that comes with this beautiful derby".

-This start, this third place, these 18 out of 27 points are better than expected. Does that change Beerschot's ambition?

Of course not. What we do is go for a win and enjoy every game. Every week we face a new challenge. We don't set foolish goals or ambitions. Take a look at our budget. It is a miracle that we are at the top of the league. We will keep going down this road, continue to work hard and improve. That is our goal. And then, we can celebrate a big party with everyone who cares about us! As soon as possible. 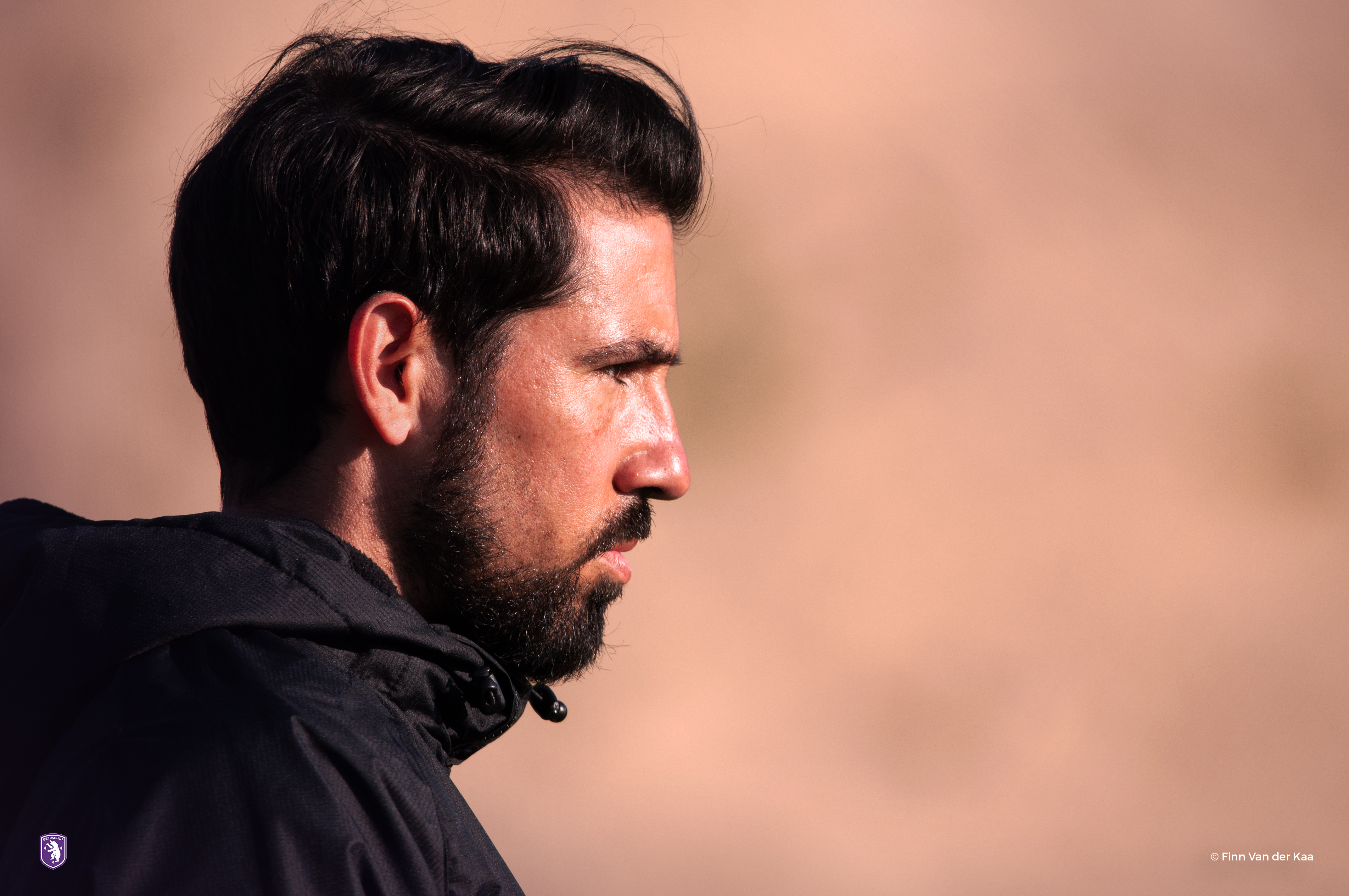