Nökkvi Thorisson is Beerschot's latest transfer in this summer mercato. Today the 23 year old Icelandic striker signed a contract until June 2025 with an option for an extra season. Thorisson, who played for top division side KA Akureyri, scored 17 goals in 19 games and is topcorer in Iceland. Beerschot paid an undisclosed fee for him.

"Nökkvi scored 14 goals in the last two months which makes him by far the best Icelandic striker", our technical manager Gyorgy Csepregi knows. "He is 1.88 metres tall and a constant threat for the opponents' defense. On top of that he is immediately employable."

"The football season in Iceland started in April and so far I have scored 22 goals in as many matches, cup games included", Nökkvi Thorisson smiled after signing his contract in  our Olympic Stadium. "I didn't have to think twice to agree terms with Beerschot. I have spoken to players who played in Belgium before and they told me Beerschot has fantastic supoorters, a rich tradition as is eager to bounce back to the top division as soon as possible. I can't wait to be part of the set up here and hope my integration wil  turn out fine."

"I know coach's Andreas Wieland views on football and think I may fit in well in his system. The last couple of days I watched Beerschot's games against Standard, Lierse and Club NXT on my laptop, so I know what to expect. Football in Iceland is quite physical, just like in Belgium, so no changes in that respect" 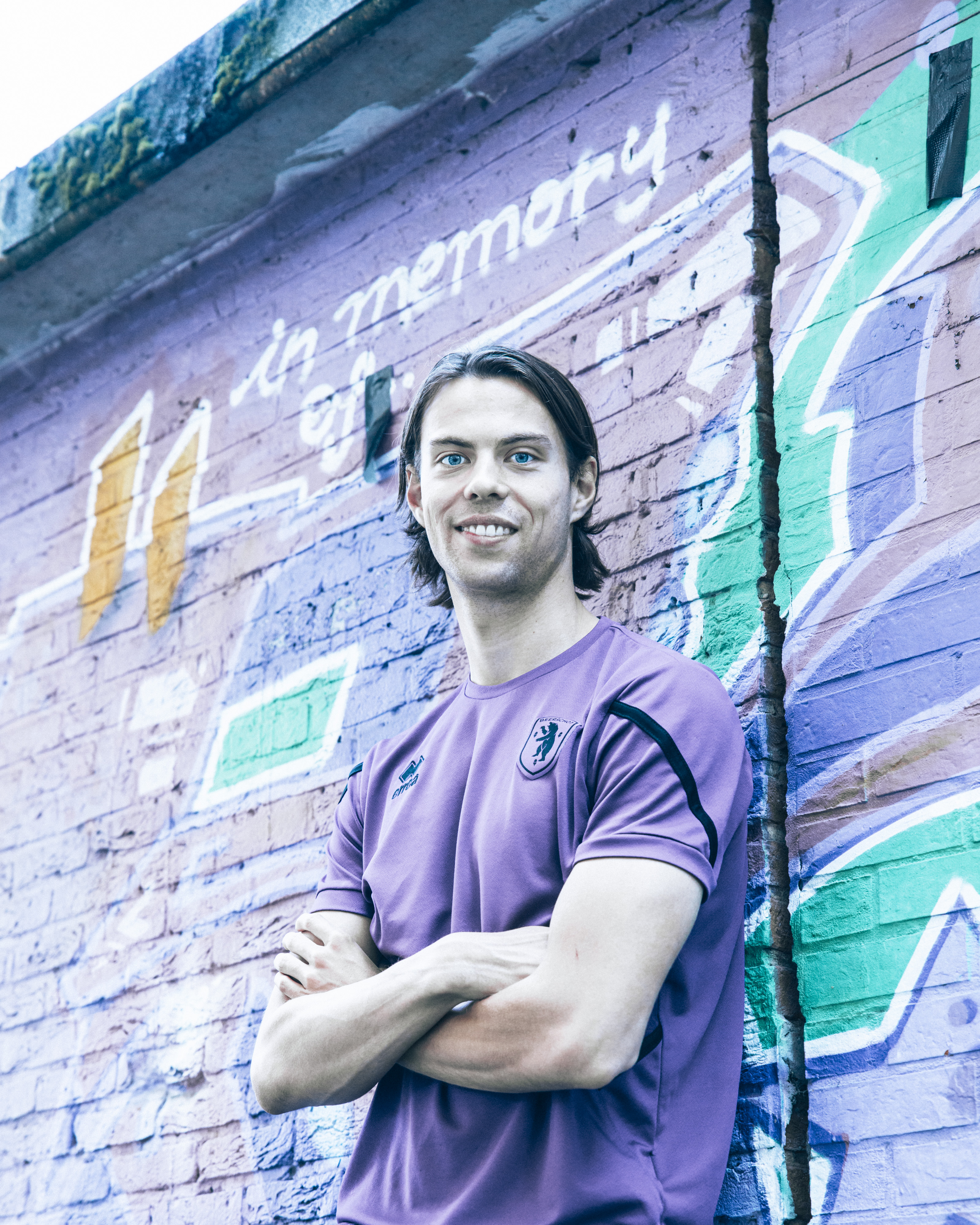