"I did not expect this."

Beerschot can show off a new promising youngster with 19 year old David Mukuna-Trouet, who started training with Hernan Losada’s A squad only a month ago and was already used as a substitute in the first team against STVV and Antwerp. Together with Senne Ceulemans he stepped up from the U20 to the big boys. He is extremely satisfied about his first three months as a Beerschot player.

“Last season I played at Walhain in the 3rd amateur division”, the Congolese Belgian striker recalls. “Before that  I made my way up through the youth  academies of White Star Brussels and Lierse. After Walhain were relegated I wanted a new challenge, preferably with a well structured top division team. So I jumped for joy when I got positive feedback from a trial at Beerschot and was allowed to join their U 20 squad.”

Mukuna-Trouet’s started as a whirlwind at “het Kiel”. “I played my first minutes in a Beerschot shirt in a U20 league game against Mouscron, and only a month later I was ’promoted’ to train with the first squad. When Marc Noé came over to tell me that good news I immediately phoned up my parents. They were very proud but remained realistic, just like me. I know this is a very nice step up the ladder but in the meantime I am aware I still have a long way to go before eventually becoming a regular in Hernan Losada’s team. Learning and improving are the key words right now. And that’s what I am doing.”

The young striker is satisfied with the progress he is making. “I am very proud of the goal I scored in the friendly game against Lierse, when I headed in a corner from Greg Grisez for the 3-0. Whether my heading skills are a strong point? They should be, considering I am 1.92 metres tall”, David smiles. “However, personally I think my speed and the fact I am bypedal are my best qualities. On the other hand I have to work really hard to become stronger and more powerful in duels and other one-on-one situations. Training with the big boys will prove to be very important in that respect.”

Football is big in the Mukuna household. Grandad Léon Mokuna was the very first African footballer in the Belgian league when he played for La Gantoise and Waregem in the late 50’s and throughout the 60’s. And also dad Jean-Marie knew how to kick a ball.

“My grandad’s story is quite amazing. He was playing football in the Congo and put in a superb performance in a friendly against… you’ll never guess… Beerschot and their star player Rik Coppens, when they toured the African continent in 1953.   He scored four goals in a match, which was picked by a scout, and earned him a transfer to Belgium. As for my dad, he joined the Youth Academy of Anderlecht, was very talented too, but a knee injury ended his hopes of becoming a first team player in Brussels.”

David went one step further than his father already when Hernan Losada sent him on as a last minute substitute in the local derby against Antwerp in the Bosuil Stadium, one week after his 15 minute ‘official debut’ during the home game against STVV. “That was an incredible experience. Totally unexpected. Completely out of the blue. But ever so satisfying. When I was told after an hour to start warming up the penny dropped that there was a chance I would be used as a sub. Of course I felt nervous and excited at the same time… as it were my very first minutes in the first team on the highest level. It was an unforgettable experience even with that limited attendance in the stadium… and hopefully there is more to come…” 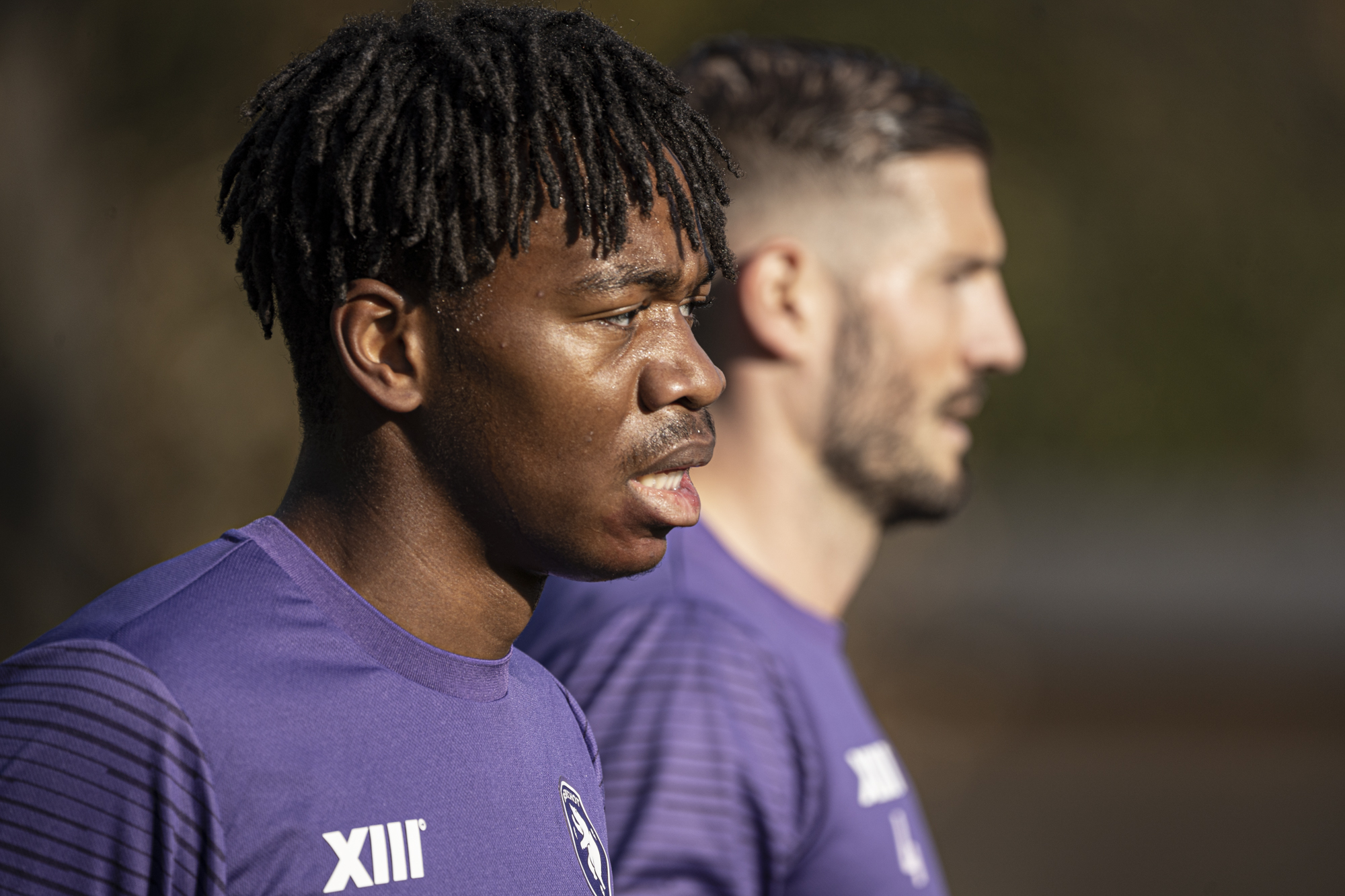